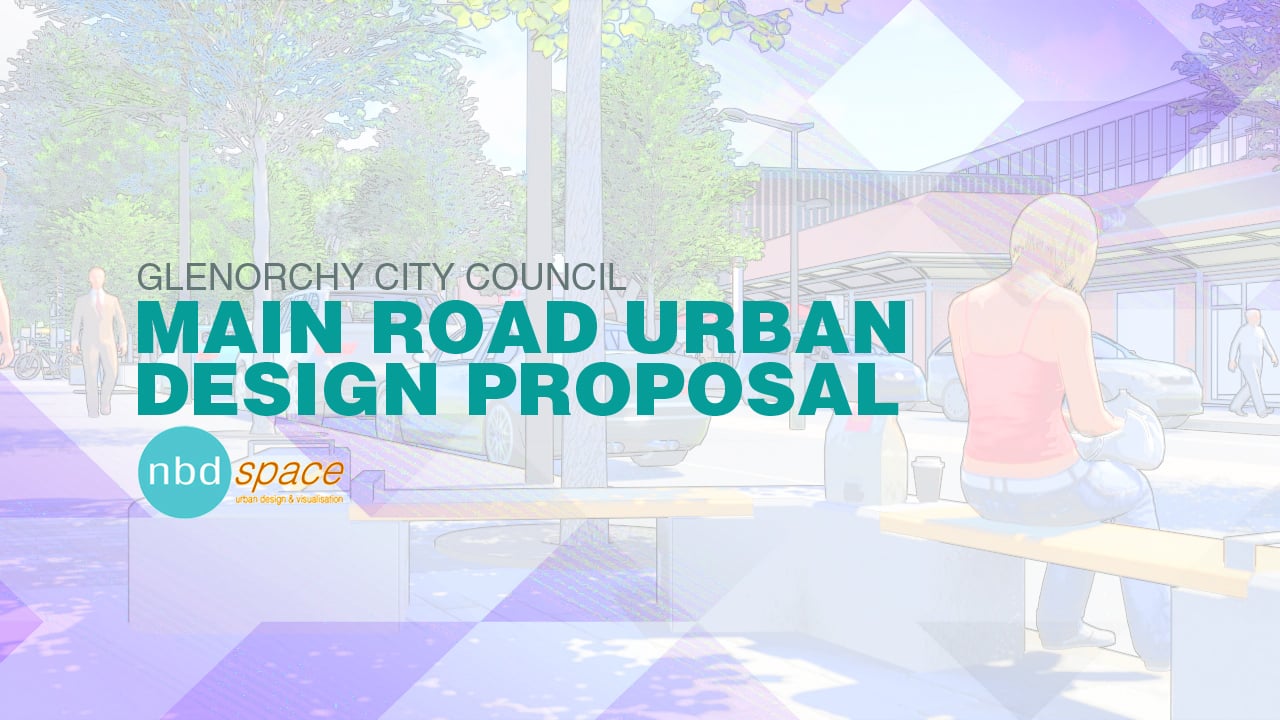 Many of the retail models developed in the 1980’s and 90’s sadly rejected the High Street as the future of retail in favour of the internal shopping mall, effectively turning once thriving high streets into blank elevations.

As part of a planned rejuvenation of its principal retail space back into a more traditional high street, the City of Glenorchy commisioned nbd-space to produce an animation explaining its draft Masterplan to bring life back to its public spaces.

Based on an initial generalised plan produced by Inspiring Place, the proposal required that the draft plan be worked up with new elements of urban design into a detailed model which would then form the basis of an animation designed to explain and promote the proposed works to the residents of the city.

All modeling, production and animation was undertaken in house by nbd-space.