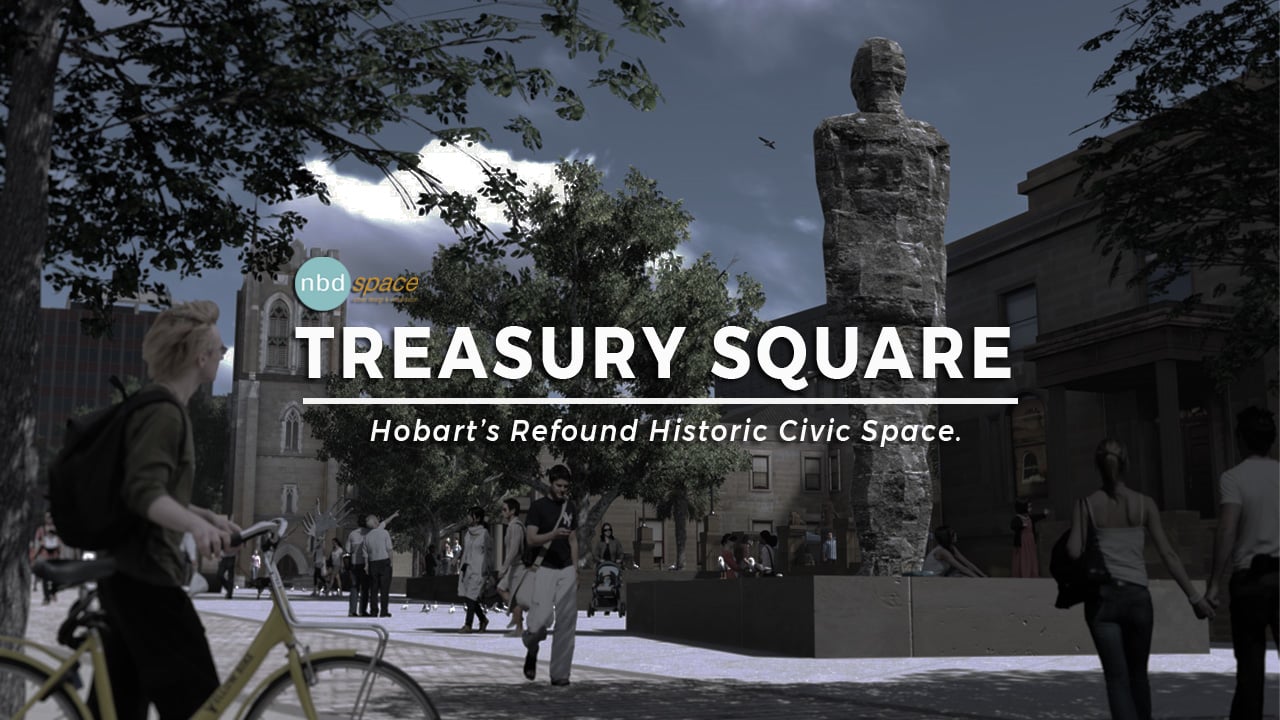 The sound of traffic slowly gives way to human voices.

As part of the on-going discussion on the future development of Hobart, the proposed urban design solution has been produced as a possible solution on how to overcome the perception that Macquarie and Davey Streets represent a fundamental physical barrier to free movement between the CBD and the Cove.

Unlike other proposals which revolve around hugely expensive and disruptive ideas of sending either the traffic or the pedestrian below ground so that uninterrupted access is provided, Treasury Square instead seeks to re-model Murray Street between Macquarie and Davey as a new civic square. One befitting its setting of some of Hobart’s most impressive and grand set pieces of architecture. One intended to break the mental barrier and create a link between the two parts of the city as a pleasant and flexible space of civic pride and engagement.

Forming part of a wider collection of spaces including the award winning Collins Court, the proposal paints a picture of Hobart respecting its spaces and its pedestrians. Importantly, it also shows an attempt to find common ground between having a vibrant public realm and a major transport route without one compromising the other.